Class 12 physics chapter 1 NCERT solutions: Electric Charges and Fields PDF: Here get all the NCERT solutions for all questions on the book. Also get explanation video after each question. If you have any doubt then please don’t hesitate to ask. Download the PDF for the whole chapter so that you can see the answers when you are offline to. Here is the whole Exercise of NCERT solutions.

Electrostatic force between the spheres is given by the relation

Where, ∈0 = Permittivity of free space 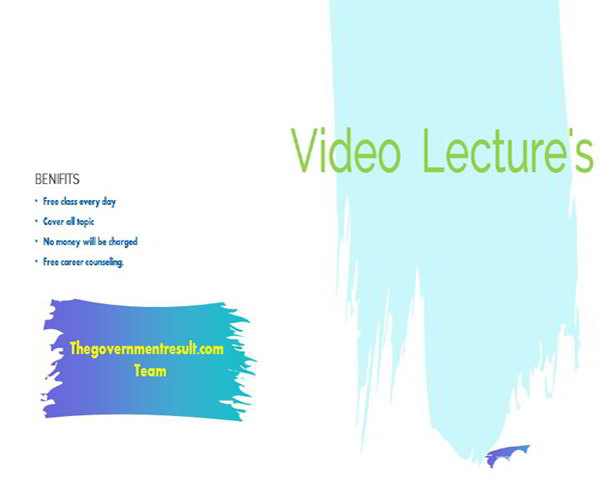 Electrostatic force between the spheres is given by the relation,

Where, ∈0 = Permittivity of free space

The distance between the two spheres is 0.12 m.

Both the spheres attract each other with the same force. Therefore, the force on the second sphere due to the first is 0.2 N.

Check that the ratio ke2/G memp is dimensionless. Look up a Table of Physical Constants and determine the value of this ratio. What does the ratio signify?

The given ratio is .

me and mp = Masses of electron and proton. Their unit is kg.

Hence, the given ratio is dimensionless.

Hence, the numerical value of the given ratio is

This is the ratio of electric force to the gravitational force between a proton and an
electron, keeping distance between them constant.

Explain the meaning of the statement ‘electric charge of a body is quantised’. Why can one ignore quantisation of electric charge when dealing with macroscopic i.e., large scale charges?

Electric charge of a body is quantized. This means that only integral (1, 2, …., n) number of electrons can be transferred from one body to the other. Charges are not transferred in fraction. Hence, a body possesses total charge only in integral multiples of electric charge.

When a glass rod is rubbed with a silk cloth, charges appear on both. A similar phenomenon is observed with many other pairs of bodies. Explain how this observation consistent with the law of conservation of charge.

Rubbing produces charges of equal magnitude but of opposite nature on the two bodies because charges are created in pairs. This phenomenon of charging is called charging by friction. The net charge on the system of two rubbed bodies is zero. This is because equal amount of opposite charges annihilate each other. When a glass rod is rubbed with a silk cloth, opposite nature charges appear on both the bodies. This phenomenon is in consistence with the law of conservation of energy. A similar phenomenon is observed with many other pairs of bodies.

The given figure shows a square of side 10 cm with four charges placed at its corners. If O is the center of the square.

A charge of amount 1μC is placed at point O.

An electrostatic field line is a continuous curve. That is, a field line cannot have sudden breaks. Why not?

Explain why two field lines never cross each other at any point?

What is the electric field at the midpoint O of the line AB joining the two charges?

If a negative test charge of magnitude 1.5 × 10−9 C is placed at this point, what is the force experienced by the test charge?

The situation is represented in the given figure. O is the mid-point of line AB.

The force is directed along line OA. This is because the negative test charge is repelled by the charge placed at point B but attracted towards point A.

Both the charges can be located in a coordinate frame of reference as shown in the given figure.

Total charge of the system,

Distance between two charges at points A and B,

Electric dipole moment of the system is given by,

Therefore, the electric dipole moment of the system is 7.5 × 10−8 C m along positive

An electric dipole with dipole moment 4 × 10−9 C m is aligned at 30° with the direction of a uniform electric field of magnitude 5 × 104 N C−1. Calculate the magnitude of the torque acting on the dipole.

Torque acting on the dipole is given by the relation,

Therefore, the magnitude of the torque acting on the dipole is 10−4 N m.

A polythene piece rubbed with wool is found to have a negative charge of 3 × 10−7 C.

Estimate the number of electrons transferred (from which to which?) Is there a transfer of mass from wool to polythene?

When polythene is rubbed against wool, a number of electrons get transferred from wool to polythene. Hence, wool becomes positively charged and polythene becomes negatively charged.

n can be calculated using the relation,

Therefore, the number of electrons transferred from wool to polythene is 1.87 × 1012. Yes.

There is a transfer of mass taking place. This is because an electron has mass,

Hence, a negligible amount of mass is transferred from wool to polythene.

Two insulated charged copper spheres A and B have their centers separated by a distance of 50 cm. What is the mutual force of electrostatic repulsion if the charge on each is 6.5 ×

10−7 C? The radii of A and B are negligible compared to the distance of separation.

What is the force of repulsion if each sphere is charged double the above amount, and the distance between them is halved?

Force of repulsion between the two spheres,

The distance between the spheres is halved.

Force of repulsion between the two spheres,

Therefore, the force between the two spheres is 0.243 N.

When sphere A is touched with an uncharged sphere C, amount of charge from A will

transfer to sphere C. Hence, charge on each of the spheres, A and C, is

When sphere C with charge

is brought in contact with sphere B with charge q, total Charges on the system will divide into two equal halves given as,

Each sphere will each half. Hence, charge on each of the spheres, C and B, is

Figure 1.33 shows tracks of three charged particles in a uniform electrostatic field. Give the signs of the three charges. Which particle has the highest charge to mass ratio?

Consider a uniform electric field E = 3 × 103 îN/C. (a) What is the flux of this field through a square of 10 cm on a side whose plane is parallel to the yz plane? (b) What is the flux through the same square if the normal to its plane makes a 60° angle with the x– axis?

The plane of the square is parallel to the y-z plane. Hence, angle between the unit vector normal to the plane and electric field, θ = 0°

Flux (Φ) through the plane is given by the relation,

What is the net flux of the uniform electric field of Exercise 1.15 through a cube of side 20 cm oriented so that its faces are parallel to the coordinate planes?